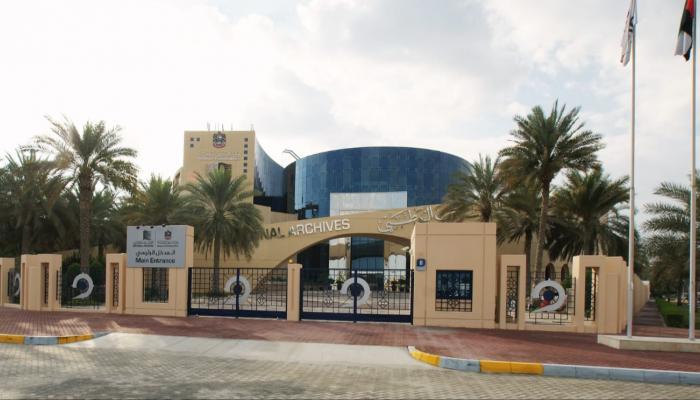 The sessions of the Second International Translation Conference held by the National Archives and Library in the Emirates saw a number of theses, research papers and academic studies.

The theses, research papers and academic studies observed in the sessions of the conference held by the National Archives and Library under the slogan “Translation and Preserving the Memory of the Nation: The Image of the UAE in Cultures, Literatures and Global Intellectual Heritage” on the fourth day called for the importance of translation in the history of the UAE; The spotlight was on what the traveler Sir Wilfred Thesiger wrote about the Emirates, who he visited and where he met the immortal leader Sheikh Zayed bin Sultan Al Nahyan – may God rest his soul -.

She was also able to evoke aspects of the UAE’s image in the eyes of European travelers, and beyond that, she also discussed the challenges and problems that translation and machine translation currently face, and the importance of translation in enriching cultures.

3 consecutive scientific sessions that included 18 research, one of the most important and recent studies related to various branches of translation and its intertwining with other sciences and knowledge, which sheds light on the image of the UAE in other cultures and in foreign texts translated from several languages. 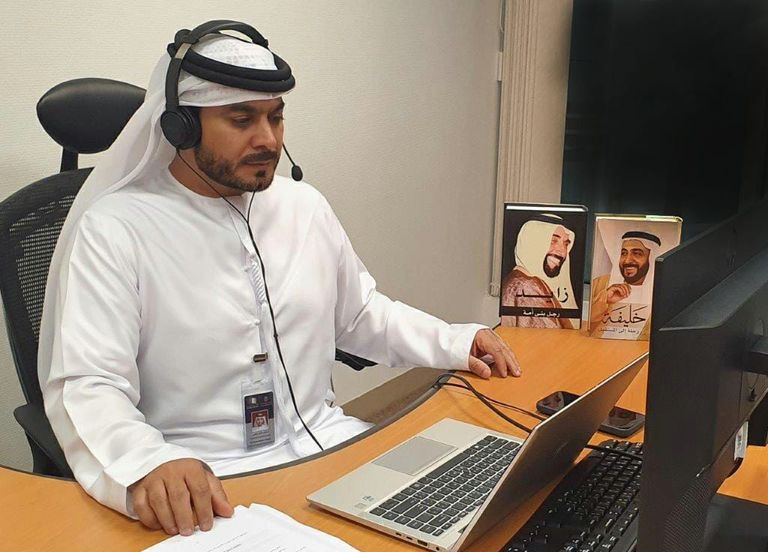 On the fourth day, the conference began its work with the first session, entitled (The Emirates in the Eyes of Others: Issues in Translation and Thought), presented by dr. Aisha Balkhair, Research Advisor at the National Archives and Library. In this session, prof. Yahya Muhammad Mahmoud Ahmed of the College of Humanities and Social Sciences at the UAE University presented in a paper entitled “Sir Wilfred Thesiger … and his translation of the Emirati Bedouin heritage in the mid-twentieth century”.

Dr. Samar Mounir – from Al-Alsun Faculty at Ain Shams University in the Arab Republic of Egypt – shares the “German vision of the Emirates: the image of Emirati women between past and present. A view of the book” revise. Women in the United Arab Emirates between tradition and modernity: The Emirate of Dubai as a model “.

Dr. Youmna Azmi Abdel Rahman, from the Spanish Language Department at Al-Alsun Faculty at Ain Shams University in the Arab Republic of Egypt, presented a study entitled: “The Image of the Emirates in Spanish Literature: Cultural Diversity and Emotional conflict. in “Letters from Dubai” by Asunta Lopez ”and concluded the first session with the research of dr. Hosni Malaitat of the Arab American University in Ramallah – Palestine. The Emirati translation achievement: The role of the Kalima translation project in the development of Arabic culture.

As for the second session, which was entitled: (Challenges of Machine Translation and Cultural Interweaving between Different Languages), it was chaired by Abdullatif Al-Sayadi, a research expert in the National Archives and Library.

Translator Dr. Imad Khalaf of Sharjah delivered a paper entitled “Machine Translation Between Arabic and Persian: An Analytical Study and Criteria for a Higher Quality Translation.” 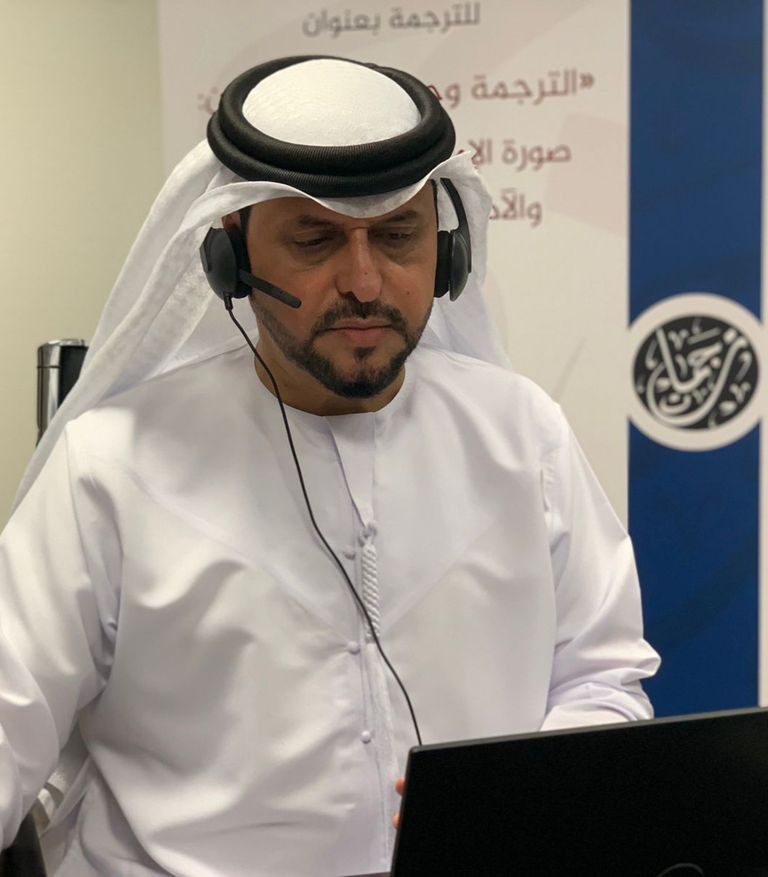 Dr. Elham Mahmoud Mohamed Badr, from Ain Shams University in the Arab Republic of Egypt, presented a thesis entitled “Machine Translation and Its Role in Digitizing the Arabic Language: Improving the Quality of Machine Translation from Hebrew to Arabic. Foreign words from Yiddish to Hebrew as an example. ”

At the same level, dr. Shahira Zarnaji of Mohamed Khider University in Biskra, Algeria, presented a critical-analytical approach entitled: “The Dangers and Slips of Machine Translation – The Arabic translation of Virginia Woolf’s novel (Mrs. Dalloway) as a model.” Rabat, Morocco, the activities of this session with a research entitled “The cognitive and technological dimension of the translation of the scientific term in literary studies”.

The third and final session of the activities of the fourth day of the conference was entitled (Translation and Creativity in the Post-Globalization Era: Great Ambitions and New Theories) and was led by dr. Hazaa Al-Naqbi, head of the government archives. Department at the National Archives and Library.

The session began with the research of dr. Maher El-Sherbiny – from the Department of Japanese Language at the University of Cairo in the Arab Republic of Egypt – entitled: “The Problems of Translating the Pronouns Names from the Japanese Language”, followed by the research of dr. Ahmed Abdel Moneim Aqili, professor of modern literature and member of the Emirates Writers Union, entitled: “Translation and its Impact” This is important in the cultural movement and in the teaching of the Arabic language. “

After that, dr. Nahid Ali Awad Al-Tanani, from Ain Shams University in the Arab Republic of Egypt, presented a paper entitled: “Translating Children’s Literature in the Arab World, the Gateway to Opening up to Other Cultures in the Time of Globalization. “

The study of dr. Dean Abdel Salam Issawi, of the University of Manouba in Tunisia, discussed the big question: “Why did the translation of terms fail?” .

After that, dr. Mohamed Helmy Abdel-Wahhab of the German Research Institute in Cairo in the Arab Republic of Egypt presented a dissertation entitled: “Translation, Creativity and Globalization: Challenges of the Translation Industry in the Twenty-1st Century”.

Professor Tariq Shamma of Binghamton University in New York, USA, concluded the activities of this session with a study entitled “Empowerment as a Condition for Creativity: The Theory of Translation According to Taha Abdel Rahman.” 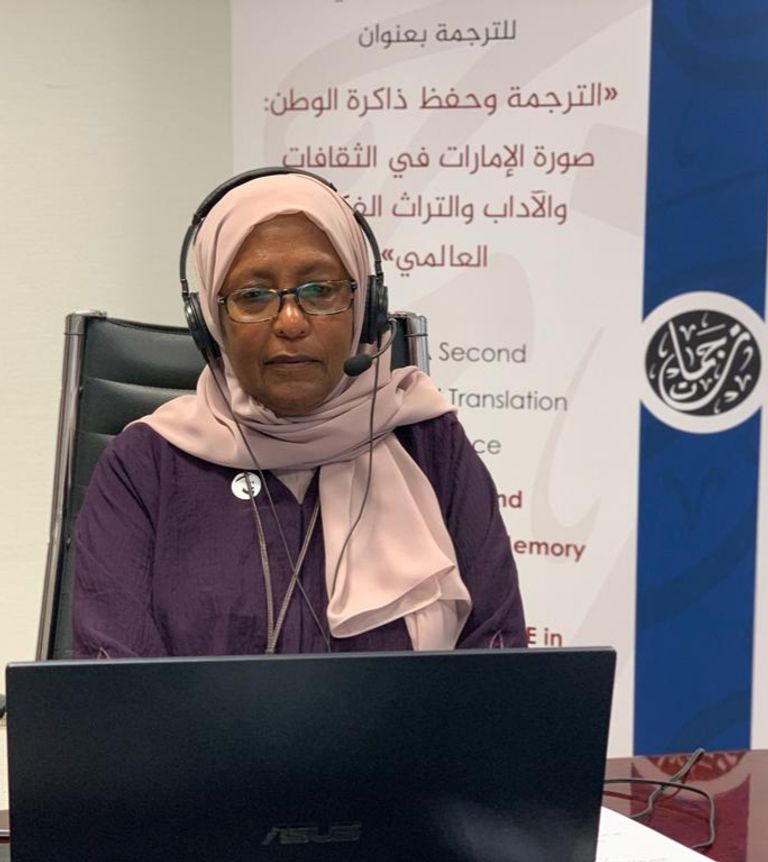 The conference will be held from 9 to 13 May 2022, with the attendance of more than 70 researchers from 25 countries from around the world, in order to play the civilized role that the National Archives and Library plays in preserving the nation’s memory, and to strengthen the close ties between Emirati society, the archive and the library The National as a beacon for advanced academic research and a crucial branch of knowledge in the field of translation and publishing, and within the framework of the ruthless efforts to translate and publish research, theses and books that have dealt with the history and heritage of the UAE in all major international languages ​​over the centuries, and in an effort to translate the achievements and cultural heritage of the UAE into the past and present to build bridges of communication with other cultures and civilizations around the world.