At first glance, he looks like a college student, or at best an intern or a new employee of this company. With his round glasses, short curly hair and slender figure, Ayoub Marshish moves gracefully from hall to hall, and between team and team.

His twenty-one-year-old age, and his abandonment of many of the usual corporate bureaucracies, does not at all indicate that he is the general manager of one of the largest digital companies in Morocco.

“I was born in a village that knew no electricity, no connection to drinking water, so how would I know the internet and the world of digital services? It was like a science fiction series back then,” says Ayoub Marshish. -Ain News “about his childhood with a broad smile.

He was silent for a while while reviewing the statistics of a digital advertising campaign, then he took us back to the beginning of the current century, when he saw the light in a very small town, specifically within a Qazdiri- house that Moroccans call “Baraka” “.

He says: “Our house did not have water taps, not even the electricity network, and when we wanted to watch TV, my father brought the tractor battery and connected it to the small screen on which we all float.”

“There I saw the light, of a father who is a farmer, his wealth is the food of his day, and if he became ill the next day, he would have got nothing to feed us with. What the as far as mother is concerned, she is a housewife who has never attended school, but she was a competent teacher in the school of life, ”says Ayoub. about his family.

He opens an old picture on his computer, in which he appears as a small child next to a dairy cow, to point his finger at the cow and say: “This cow has a wonderful story, imagine, of his milk and his offspring, my father covered all our expenses. ” 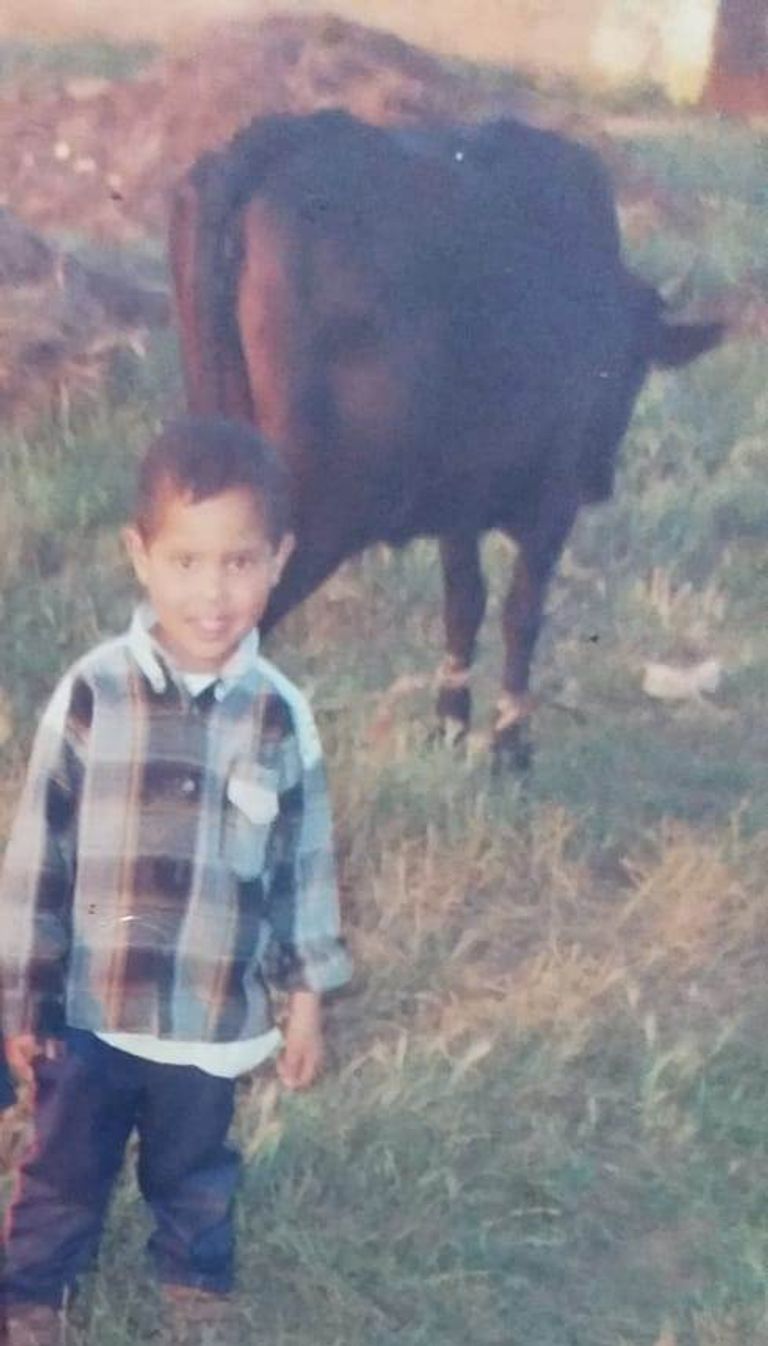 A few years after his childhood, “Ayoub” moved with his family to a residential complex where the villager met the urban, and he missed many of the luxuries of life, even groceries were scarce at the time of the fingers.

In the vicinity of “Sidi Zair” on the outskirts of the capital Rabat, which is an agricultural area, “Ayoub” grew up and studied all his educational threads, before obtaining a high school certificate with a desirable advantage, an advantage which allows its owner to enter the largest universities and specializations, but he had a different opinion.

“To this day, I do not know where I put that certificate,” Ayoub said, laughing at his words, adding: “My path, which I outlined before, many years ago, and I made my decision, is to ‘ a manager of advertising campaigns and digital strategies, a specialty I did not At that time he was studying in Morocco, and I did not have the means to travel outside the country, but today I am seriously considering returning to school around me complete academic path. ”

The computer was for me an imaginary device coming out of the world of “paranormal”, because the first time I touched it was in 2007, when I visited the home of a classmate of mine, whose family was wealthy was, when I first discovered that there was a thing called “computer”.

Ayoub inspects his computer in front of him above the desk, looks at it carefully and then adds: “I know the first computer I bought was in 2011, it was very primitive.” However, my economic awakening, so to speak, was only 2014, when I realized that there is something called to work on the internet, but I could not find a way to do it. 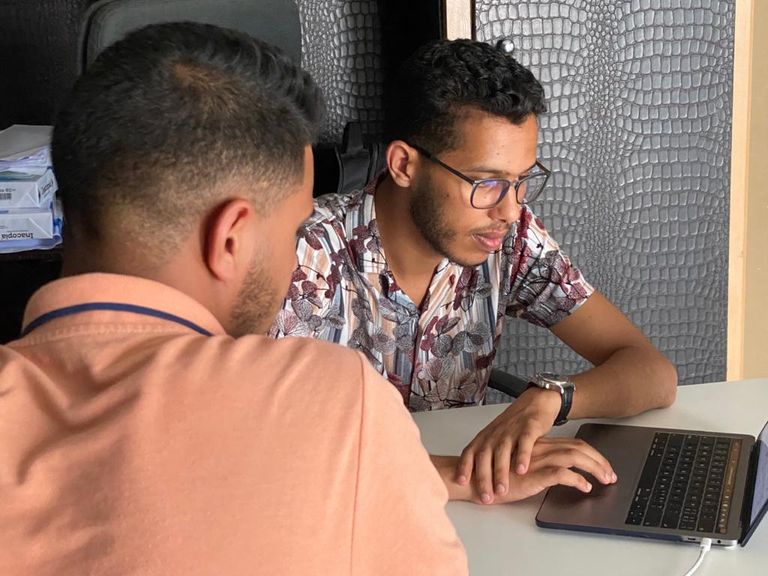 “Ayoub” started registering on a group of sites that provide micro-digital services, and after half a year of work and effort, this young man was on a date for the first $ 20 he earned to work online.

An amount, though small, but it was an unprecedented reward for Ayoub, but above all, he was sure of the reality of working online, to enter 2018 in the world of online sales, through a special label for care and cosmetics. . 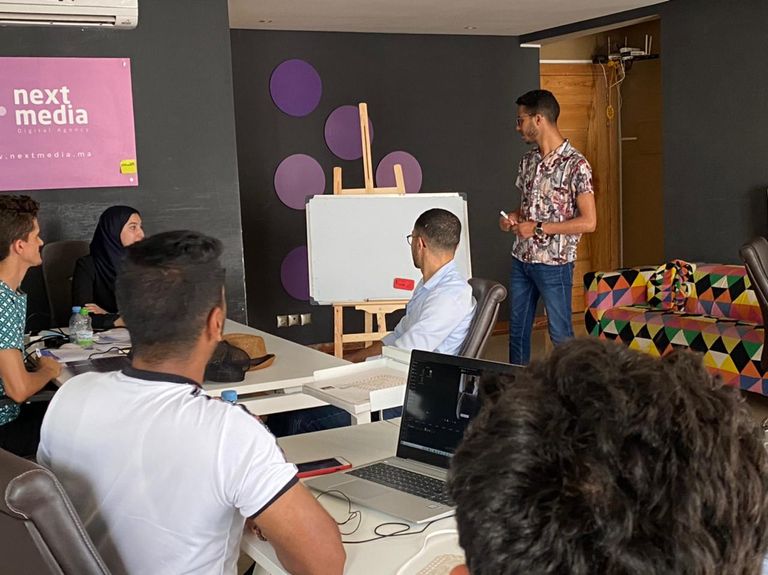 Ayoub, a journey of four years, had considerable experience in running social media advertising campaigns, which was enhanced by a number of trainings he acquired on the Internet, before deciding to add another activity , in addition to e-commerce, represented in the preparation of digital strategies, and the creation of branding for celebrities.

“It was like a coincidence. In 2018, I watched a live broadcast by Moroccan singer Farid Ghanem, whose account was very popular at the time, but it was limited in terms of what he could achieve if he pursued some simple strategies. adopted, “Ayoub says.

The first step in the world of managing digital ads for artists and celebrities was based on self-confidence and appeal for this young man, who was then no more than twenty years old.

He says he sent a simple message to Farid Ghanem on his Facebook page, suggesting that he help him expand the audience of his page so that his response would be affirmative, and with that message, the young man a new page in his career path.

“I had no office, Farid Ghanem visited me in the rural area where I live, and we sat in one of the nearby shops to discuss the details of the services, and the result was really wonderful, and I did. many doors opened. , and now I’m dealing with dozens of artists, ”Ayoub explains with a smile. 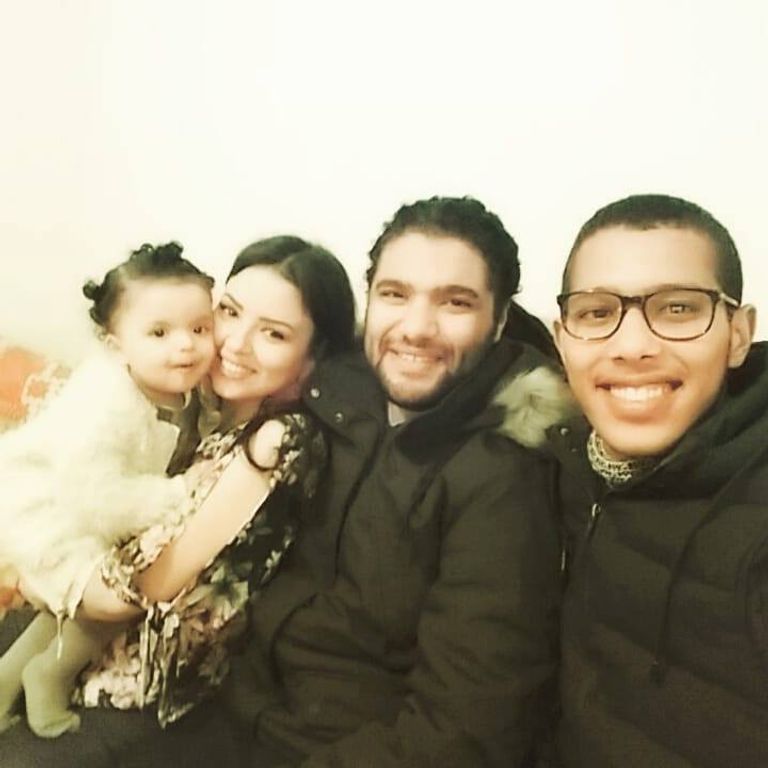 Ayoub revealed that out of the $ 20 he earned after six months of continuous work, 7 years ago, his two companies achieved a monthly transaction number of more than one million dollars, including from a Qazdiri house in a village which does not even have electricity, to a spacious apartment, near a luxury villa.

Ayoub attributes his professional success to two main issues: The first is to define a clear goal, and the second is to work hard and diligently on it day and night until it is fully achieved.