The meeting of the (50th) regular session of the Executive Office of the Council of Arab Ministers for Communication and Information was held today, under the leadership of Dr. Amr Talaat, Minister of Communications and Information Technology, hosted and led by the Arab Republic. of Egypt under the umbrella of the League of Arab States.

It came with the participation of ambassador dr. Khaled Wali, Director of the Department of Communication and Information Technology of the League of Arab States, in the presence of representatives of Member States in the Executive Office, which includes: the People’s Democratic Republic of Algeria, the Kingdom of Saudi Arabia, the Republic of Tunisia, the Kingdom of Morocco, the Islamic Republic of Mauritania, the Republic of Yemen and Palestine At the headquarters of the Ministry of Communication and Information Technology in the Smart Village.

In his speech at the beginning of the meeting, The Minister of Communications emphasized that the rapid technological developments necessitate the strengthening of bilateral and regional cooperation between member states and the exchange of experiences and visions to the role of communication, information technology and mail in maximizing the Arab countries to keep pace with technological advances on a continuous basis, and to improve capabilities to address global challenges. He pointed out that this regular meeting has become an ideal opportunity to share experiences and discuss the most important developments in the Arab, regional and international arenas in the field of communication, information technology and post in order to meet the common aspirations to take advantage of digital technologies. to achieve the vital interests of the Arab peoples.

Talaat added that the Executive Office of the Council of Arab Ministers for Communication and Information is considered the platform through which the development of the Arab ICT sector and the development of postal institutions in Arab countries are launched. Point out the crucial role of postal systems in the Arab countries to achieve digital inclusion, support e-commerce efforts, encourage owners of small and medium enterprises and small suppliers; a call for the provision of integrated support to this important institution, especially in light of the growing role it plays; praise the results achieved by the Arab Group by winning awards from the International Express Mail Cooperative for the year 2021; As well as what the postal institutions have achieved with the design of a unified Arab stamp for 2022, bearing the slogan of the Arab Summit, which will be held in Algeria next November. He also praised the International Stamp Exhibition held last January in the sister United Arab Emirates on the sidelines of the Dubai Expo.

Talaat referred to the united Arab position that emerged during the participation in a number of relevant international conferences, including the World Telecommunication Standardization Assembly last March in Switzerland, as well as the active Arab participation in the World Telecommunication Development Conference in Rwanda last June , where a common Arab vision was formulated by adopting priorities. The Arab League for the coming years represents in digital transformation, capacity building, entrepreneurship and cyber security. Arab candidates won the chairmanship of two committees in the standardization sector and a committee in the development sector, in addition to the position of vice-chairman of a number of committees in the two sectors; Point out that the office will discuss Arab preparations to participate in relevant international conferences.

Talaat also praised the activity of regional offices and agencies that enjoy observer status in the work of the Council of Arab Ministers for Communication and Information, and their active participation in supporting joint Arab action. As well as its active role in collaboration with regional organizations in the development of the Arab strategy for communication and information; Express gratitude to the United Nations Economic and Social Commission for Western Asia (ESCWA) for its tireless efforts to crystallize an Arab digital vision in line with the requirements of the times; He emphasized the importance of sharing a unified Arab perspective that includes a collective attitude towards global challenges, including the transition to a green economy, and the fight against cybercrime in all its forms.

Talaat also thanked the Technical Secretariat of the Council of Arab Ministers for Communication and Information and all those who contributed to come up with recommendations related to issues of national and regional priority.

A number of topics related to cyber security, the digital economy, issues specific to Palestine, and the Arab Digital Capital initiative for the year 2023 were also discussed, as well as a number of proposed initiatives from Arab countries.

attended the meeting; Dr Ishaq Sidr, Minister of Communications and Information Technology in Palestine, Eng Najib Mansour Al-Auj, Minister of Communications and Information Technology in the Republic of Yemen, Mohamed Ben Youssef, Ambassador of the Republic of Tunisia to Egypt and Permanent Representative of the League of Arab States, Ahmed Al-Tazi, Ambassador of the Kingdom of Morocco and Permanent Representative to the League of Arab States, and Sherif Farouk President The National Postal Authority, Engineer Hossam El-Gamal, CEO of the National Telecommunications Regulatory Authority, Counselor Amin Said, Minister -Counselor at the Algerian Embassy in Cairo, Ing. Information and Communications of the United Nations Economic and Social Commission for Western Asia (ESCWA). 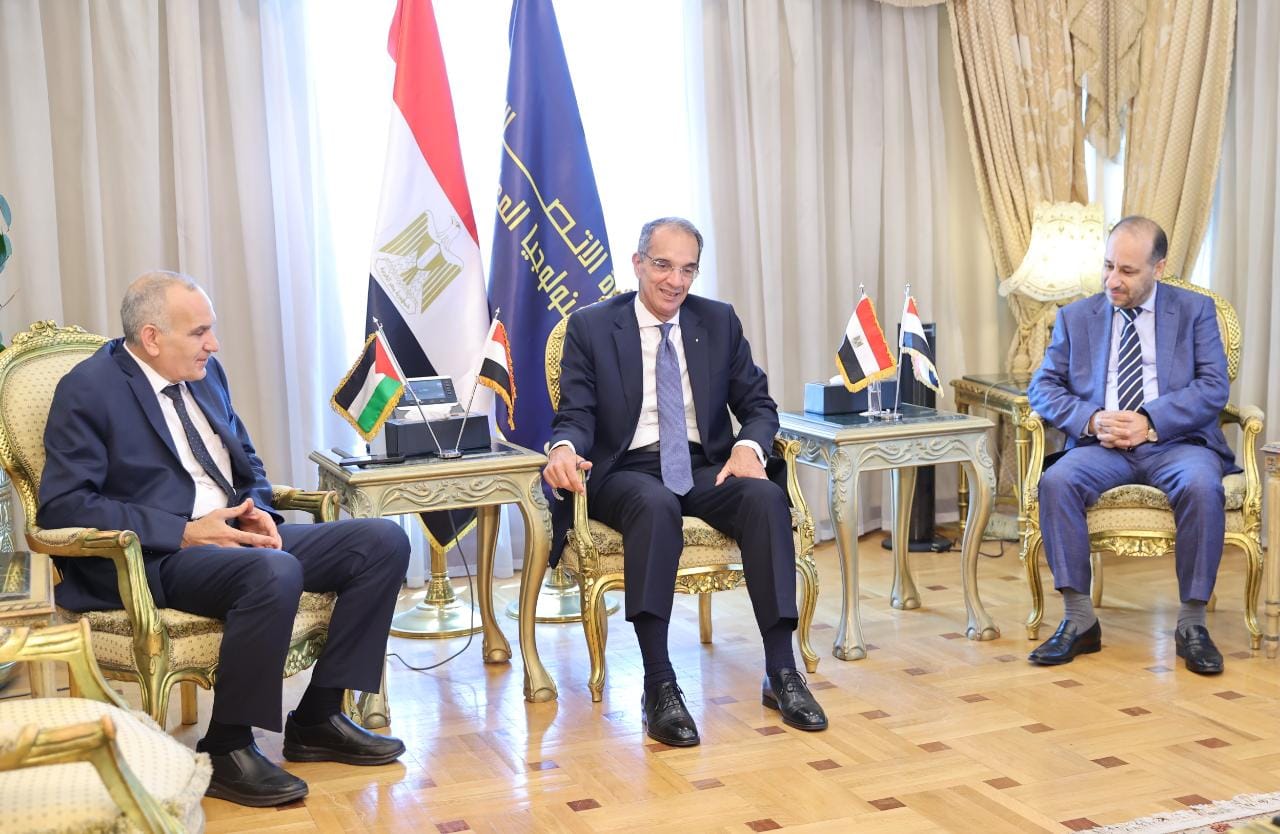 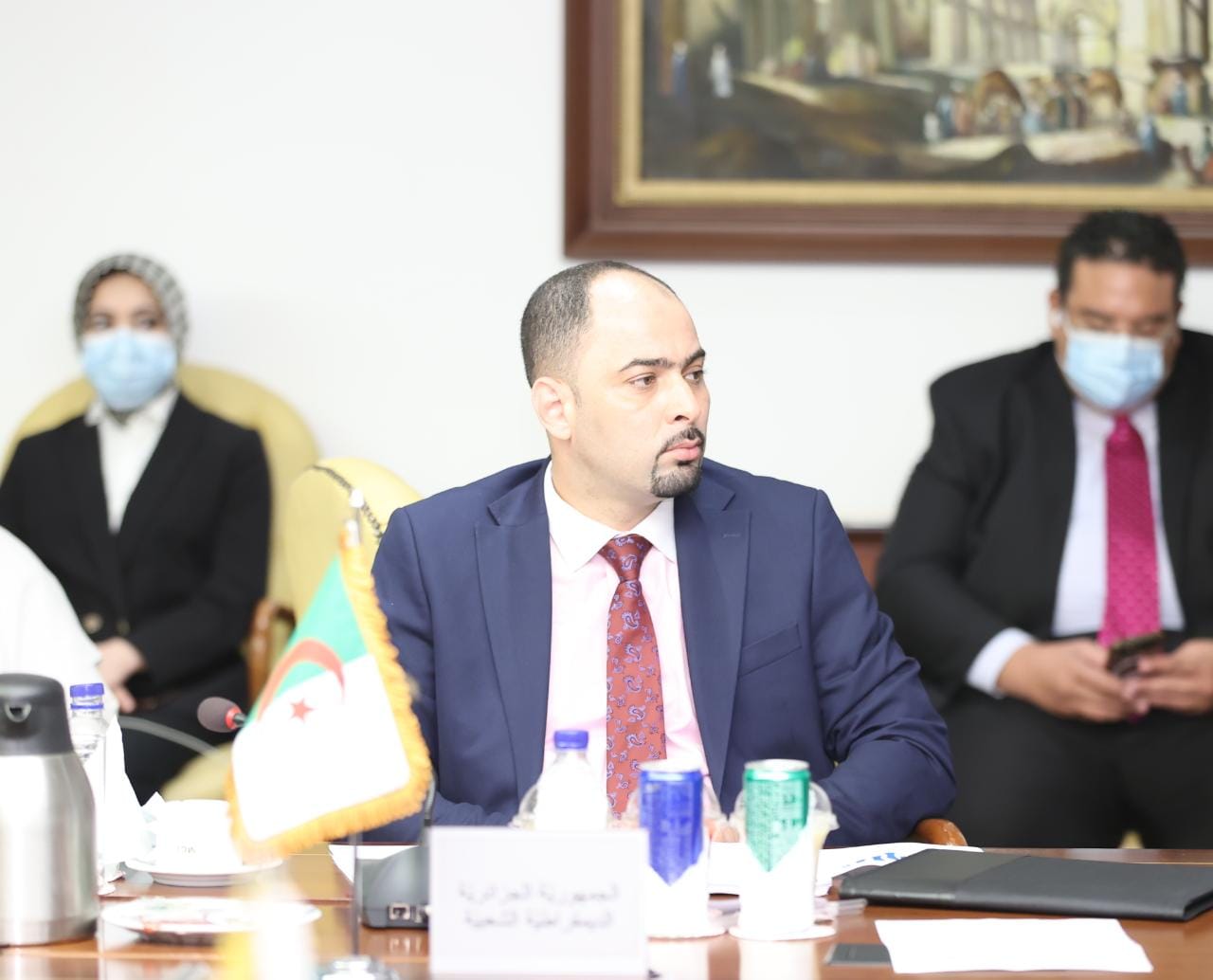 Representative of the Republic of Mauritania