Doha – “Al Quds Al Arabi”: Qatar Museums is preparing to reopen the Museum of Islamic Art in its new form, to receive the fans of the 2022 World Cup, and to shed light on the development made by the Gulf state was seen, which is the first Arab country to host the World Cup.

The opening of the Museum of Islamic Art, which is an important facade of the capital, Doha, comes after a year-long rehabilitation to improve facilities, and to reimagine and reinstall the galleries of its permanent collection.

The opening ceremony was attended by high-ranking officials, led by Sheikh Mohammed bin Abdulrahman Al Thani, Deputy Prime Minister and Minister of Foreign Affairs of Qatar, Sheikha Al Mayassa bint Hamad bin Khalifa Al Thani, Chairman of Qatar Museums Board of Trustees, and diplomats and cultural envoys representing all countries in the region that are celebrated together. Within the framework of the Qatar Middle East, North Africa and South Asia 2022 Year of Culture.

Media Square is a new community destination launched by the Cultural Years Program, an international cultural exchange that deepens understanding between nations and peoples, which began after Qatar won the bid to host the 2022 World Cup.

The Flag Square is located near the Museum of Islamic Art Park and serves as a new gathering place and venue for festivals, celebrations and other events for the people of Qatar.

Sheikha Al Mayassa bint Hamad bin Khalifa Al Thani confirmed, in a statement obtained by Al Quds Al Arabi, that “the reopening of the Museum of Islamic Art, inviting community members to explore the museum in its new look, as well as new visitors, including the large number of visitors who will come to attend the Cup matches. He promises the world the experience of exploring the museum for the first time.”

Sheikha Al Mayassa confirms that “the opening of the Museum of Islamic Art, which continues to represent one of the most important experiences that express our heritage and culture, in 2008, is a turning point for the State of Qatar, as it marks the emergence of the country as a new cultural destination in the world, and paved the way for the establishment of museums and institutions. other culture in the region.

She added, “We look forward to the next stop for our institution, which comes on the heels of the launch of the Qatar Innovate initiative, a wide range of cultural programs that showcase the best cultural experiences Qatar has to offer and encourage. to help improve the lives of all its residents and visitors.”

Qatari officials believe that many people are coming together to make the event a reality, which reflects their constant support and commitment to present our culture and history to the members of our community.”

Sheikha Al Mayassa bint Hamad Al Thani continues: “The Flag Square is a comprehensive symbol of the diverse community we welcome in Qatar, and of the deep bonds that result from the interaction between cultures, beautifully illustrated in Najla Al Zein’s artwork, which will be a lasting reminder of our global interconnectedness.” 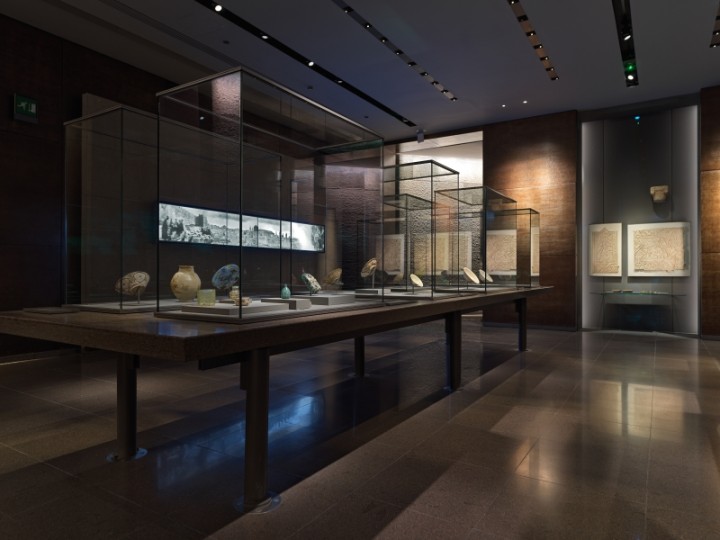 The Museum of Islamic Art in its new form

The Museum of Islamic Art is an exceptional architectural achievement, designed by the world famous Chinese-American architect “IM Bay” (1917-2019), Pritzker Prize winner, and opened in 2008. It is the first institution opened by Qatar Museums , under the leadership of Sheikha Al Mayassa bint Hamad bin Khalifa Second.

The museum is located in a prominent place on an artificial island on the Corniche, specifically chosen by Bay. The museum is a beacon of Islamic arts, a platform for international dialogue and the building of bridges between the past and the present, and between East and West.

The newly renovated MIA galleries offer a comprehensive itinerary for visitors, with the development of extensive interpretive content that contextualises recital works, and the provision of a range of new child-friendly resources, bringing the museum closer to families and young people bring visitors.

It organizes galleries according to historical and cultural themes, periods and geographical scales, revealing great traditions of Islamic craftsmanship.

During the “Arabic Jerusalem” tour of the building, it is clear how the Museum of Islamic Art also presents a new section on Islam in Southeast Asia, which focuses on the relationship between different cultures through exhibits dealing with the trade of goods and the exchange of ideas across the Islamic world and beyond.

The vast experience that has been improved facilitates the influx of visitors to serve the largest number of audience, through a redesigned entrance, cafes and retail premises in a new form. All improvements to the building are in line with the vision of the designer, IM Bay. During the reinstallation, the museum collaborated with the French interior design and architecture firm Wilmott & Partners, which IBM previously hired.

Dr. Julia Gunilla, Director of the Museum of Islamic Art, said: “In leading this exceptional museum in its transition to a new stage in its career, this massive project to improve the facilities will present a new story that visitors on a comprehensive journey through the Islamic world, as well as offering them a more in-depth experience, learning from Through it, the rich history of the Islamic world, as told by our unique group.” 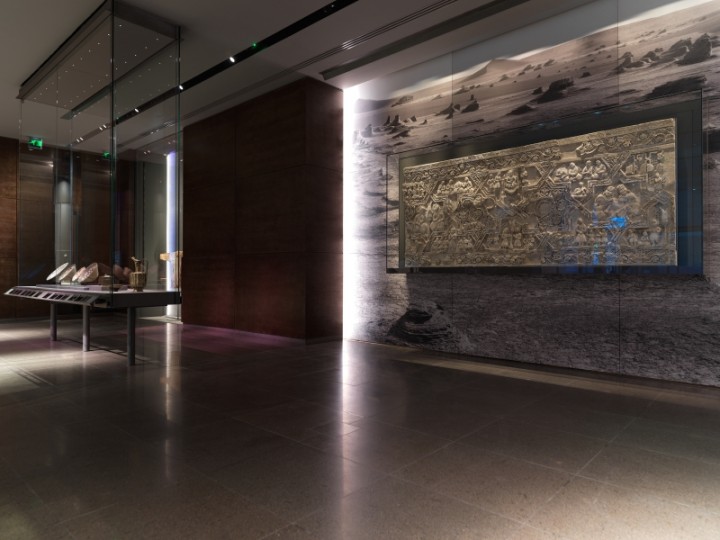 The Qatari Armed Forces Music Brigade presented a musical performance during the opening ceremony, followed by the raising ceremony of 120 flags representing countries in diplomatic missions accredited to the State of Qatar, in addition to the flag of the European Union, the flag of the United States . Nations and the flag of the Gulf Cooperation Council.

Aisha Ghanem Al-Attiyah, Director of the Cultural Diplomacy Department at Qatar Museums, affirms that the “Cultural Years Initiative calls for seizing any opportunity to strengthen ties between people, and reflects the belief that culture is one of the most effective tools are to bring people together, encouraging dialogue and deepening understanding between nations.” Flags Square will be one such physical place to celebrate different cultures and bring people together to create new connections.

The “Community Festival” was launched, with the participation of a number of embassies, to celebrate the cultures of all the people who call Qatar their home. Each embassy offers a different program, ranging from theatrical performances to display boards with information about different countries. 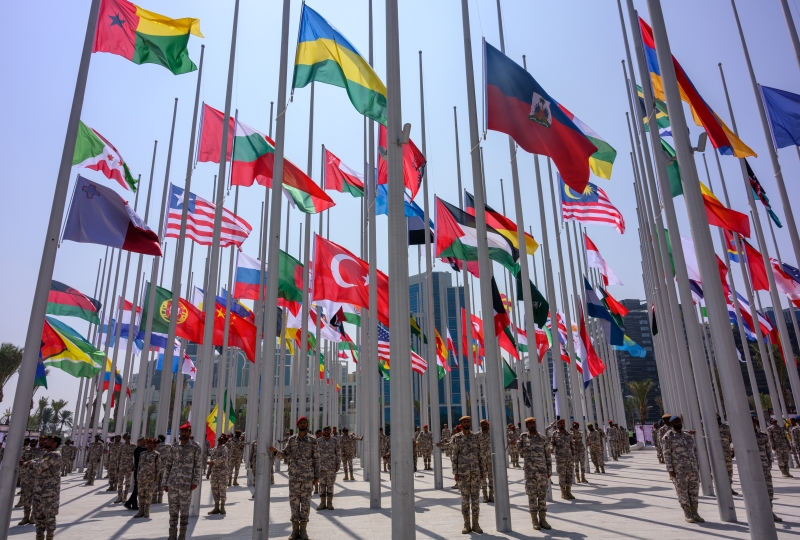 Under the leadership of Sheikha Al Mayassa bint Hamad bin Khalifa Al Thani, Chairman of Qatar Museums Board of Trustees, Qatar Museums has developed the “Cultural Years” initiative, an annual program of international cultural exchange aimed at promoting understanding between countries and deepen their people. Although formal programs only last a year, bonds of friendship often last a long time. 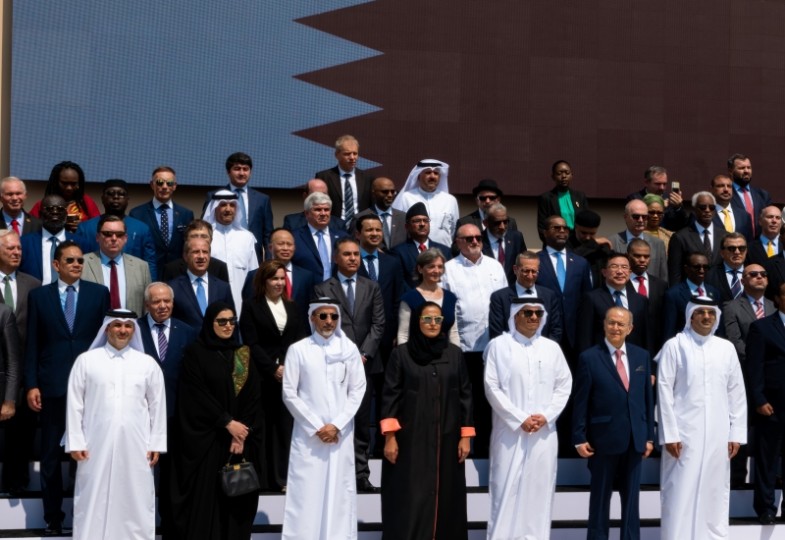 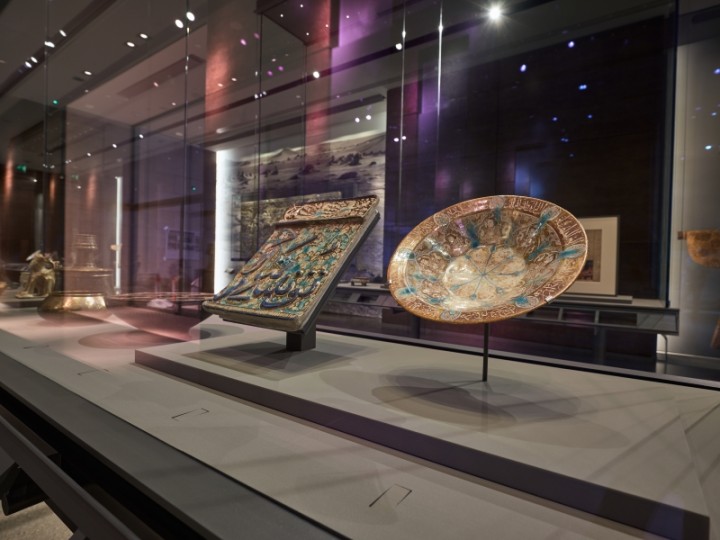